The World Health Organization (WHO) has declared a pandemic over a new coronavirus which causes an illness known as COVID-19 that has spread to nearly every country.

The disease has killed some 141,000 people and infected more than 2.1 million, according to data compiled by Johns Hopkins University. More than 540,000 people have recovered.

Below is a timeline:

On April 16, the UK government said it would extend restrictions for at least another three weeks.

In the United States, meanwhile, the number of people who have filed jobless claims as a result of the pandemic rose to 22 million.

On April 15, Denmark began reopening schools after a month-long closure over the novel coronavirus, becoming the first country in Europe to do so.

The total number of coronavirus cases in the world has surpassed two million, according to the data compiled by the Johns Hopkins University.

The International Monetary Fund (IMF) said the global economy is expected to shrink by three percent this year – the biggest contraction since the Great Depression of the 1930s.

Taiwan reported no new cases of the coronavirus for the first time in more than a month, in the latest sign that the island’s early and effective prevention methods have paid off. Taiwan has reported 393 cases to date – the majority of them “imported” – and six deaths.

On April 13, the death toll from the new coronavirus in New York state passed 10,000, while Singapore’s health ministry confirmed another 386 cases of coronavirus infections in the city-state’s biggest daily jump, taking its total to 2,918.

China reported 108 new cases, the vast majority of which had been imported. The daily number was the highest since March 5, as cases have crept up since a trough on March 12 and the border with Russia has become a new frontline in the battle against a second wave. Nigeria, meanwhile, announced the extension of a 14-day lockdown in three key states for an additional two weeks.

On April 6, UK Prime Minister Boris Johnson was moved into intensive care as his condition worsened after being hospitalised in London with persistent COVID-19 symptoms. He was released from intensive care on April 9 and was discharged from hospital on April 12.

On April 7, Japan declared a state of emergency amid a spike in coronavirus cases, while Singapore began a partial lockdown.

On April 8, Wuhan began allowing people to leave for the first time since the central Chinese city was sealed off 76 days ago to contain the coronavirus that first emerged there late last year. In Singapore, the use of Zoom for online education was suspended after hackers hijacked a lesson and showed obscene images to students.

The UK announced its worst single-day death toll on April 10, with a further 980 people who had contracted coronavirus losing their lives in the 24 hours before Thursday evening.

On March 31, the number of deaths due to coronavirus in the US surpassed those reported by China, where the new coronavirus was detected late last year. By the end of the week, the US reported more than 4,000 amid more than 300,000 cases.

On April 1, UN chief Antonio Guterres warned the coronavirus pandemic presents the world with its “worst crisis” since World War II as the global total of confirmed COVID-19 cases reached one million and the worldwide death toll topped 50,000.

On April 3, the World Health Organization (WHO) warned governments in the Middle East that they must act quickly to limit the spread of the coronavirus as cases in the region have risen to nearly 60,000 – almost double the tally of a week earlier.

In the United Kingdom, Johnson was taken to a hospital on April 5 after showing persistent symptoms, 10 days after testing positive for the virus.

On the same day, Iran, the worst-hit country in the Middle East, reported a total death toll of 3,603 amid 58,226 cases. However, President Hassan Rouhani said that “low-risk” economic activities would resume from April 11.

In the US, the White House and Senate leaders of both parties struck an agreement on March 25 on a sweeping $2 trillion measure to aid workers, businesses and a healthcare system strained by pandemic. By the end of the week, the US accounted for the highest number of coronavirus infections in the world, recording more than 124,000 cases and 2,000 deaths, more than double the figure two days before.

Meanwhile, as the number of cases worldwide surpassed 600,000, with more than 27,000 deaths on March 27, India and South Africa joined the countries to impose lockdowns. Kenya, Kazakhstan and Honduras reported their first deaths, while Johnson announced he had tested positive.

In Europe, Spain recorded 838 new coronavirus deaths over the previous 24 hours on March 29, marking the country’s highest daily jump in fatalities. The country was now second only to Italy where the death toll shot past 10,000 with 889 new deaths.

On March 18, Australian Prime Minister Scott Morrison declared, for the first time ever, a “human biosecurity emergency” in the country. On the other side of the Pacific ocean, Chile and Guatemala shut down their borders hoping strict measures would curb the spread of the virus.

But in rare positive news, no new domestic cases were reported in China for the first time since the start of the outbreak.

On March 20, coronavirus-related deaths surged past 10,000 globally. More cases were reported in Turkey and Pakistan, while Iran registered a total of 14,991 infections and 853 deaths.

On March 21, as Europe remained the epicentre of the pandemic, with Italy reporting 4,825 fatalities amid 53,578 cases, the EU took the unprecedented step to suspend rules on public deficits, giving countries free rein to inject spending into the economy as needed.

On March 9, Iran released said some 70,000 prisoners had been released because of the coronavirus outbreak in the country, without specifying if or when those freed would need to return to jail.

On March 10, Lebanon and Morocco reported their first deaths from the virus.

In a long-anticipated move, the WHO on March 11 declared on the coronavirus outbreak a pandemic, while Turkey, Ivory Coast, Honduras, Bolivia, Democratic Republic of the Congo, Panama and Mongolia confirmed their first cases. In Qatar, infections jumped drastically from 24 to 262 in a single day.

On March 15, Kazakhstan, the Philippines and Austria tightened restrictions in a bid to contain the pandemic.

China’s Health Commission reported 99 new cases on March 7, down from 143 cases the day before, with a total of 80,651 cases nationwide. Official data showed the country’s exports plunging 17.2 percent in the first two months of the year after the outbreak brought much of the country to a halt.

On Monday 8, Saudi authorities locked down the eastern Qatif region and announced the suspension of all schools and universities across the countryy until further notice.

In a sweeping move, Italy imposed a strict quarantine in the state of Lombardy and 14 other areas in the north, affecting a total of 16 million people.

On February 25, Iran’s Deputy Health Minister Iraj Harirchi, who, a day earlier, had given a press briefing on the outbreak, confirmed he had coronavirus. The country’s official total reached 95 cases with 15 deaths.

As the number of infections passed 82,000 worldwide on February 27, including more than 2,800 deaths, the US was considering invoking the Defense Production Act which would grant President Donald Trump the power to expand industrial production of key materials or products for national security.

Meanwhile, China said the death toll had risen to 2,118 while the total number of cases reached 74,576. The country’s health commission reported daily infections dropped to the lowest in almost a month, a result of authorities only counting cases confirmed by genetic testing in Hubei.

On February 21, Israel reported its first confirmed case after a woman who returned from a cruise ship tested positive.

In Italy, officials confirmed a third death on February 23, while local authorities brought the Venice Carnival to an early close and suspended sports events. 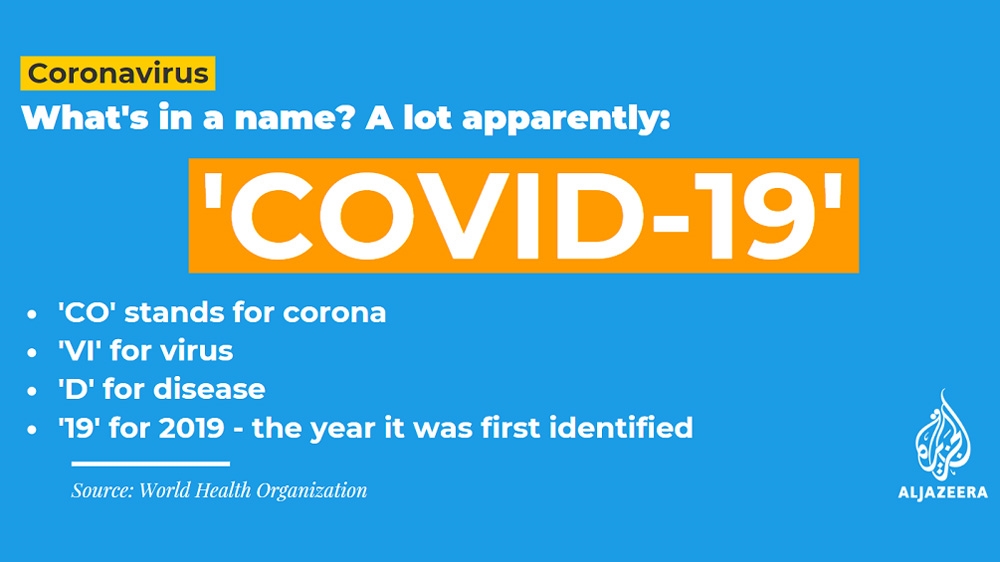 As of February 10, China had 908 confirmed deaths and a total of 40,171 infections, prompting President Xi Jinping to appear in public for the first time since the outbreak began, visiting a hospital in the capital, Beijing, and urging confidence in the battle against the virus.

Five days later, a February 3 speech by Chinese President Xi Jinping, published by state media, indicated the government knew about the threat of the virus well before the public alarm was raised.

On February 13, Japan confirmed its first death linked to the virus.

Egypt became the first country in Africa on February 14, to report a case and France reported Europe’s first death from the virus. On February 16, Taiwan reported its first death.

On February 6, authorities in Malaysia reported the country’s first known human-to-human transmission while the number of people infected in Europe reached 30.

On February 7, Li Wenliang, a doctor who was among the first to sound the alarm over the coronavirus in China, died, and Hong Kong introduced prison sentences for anyone breaching quarantine rules.

On February 9, the death toll in China surpassed that of the 2002-03 SARS epidemic, with 811 deaths recorded and 37,198 infections. An investigative team led by experts from the WHO departed for China.

On January 30, the WHO declared the coronavirus a global emergency as the death toll in China jumped to 170, with 7,711 cases reported in the country, where the virus had spread to all 31 provinces. By the end of the week, China reported 304 deaths amid 14,380 infections.

Within a few days, new cases were confirmed in India, Philippines, Russia, Spain, Sweden and the United Kingdom, Australia, Canada, Germany, Japan, Singapore, the US, the UAE and Vietnam.

On February 2, the Philippines reported the first death outside China, the victim being a Chinese man from Wuhan, the capital of Hubei province where the new coronavirus was detected in late 2019.

On January 20, China reported a third death and more than 200 infections, with cases also reported outside Hubei province including in Beijing, Shanghai and Shenzhen.

The cities of Wuhan, Xiantao and Chibi in Hubei province were placed under effective quarantine on January 23 as air and rail departures were suspended. By the end of the week, more areas were placed under lockdown affecting a total of 56 million people.

The WHO said that the outbreak did not yet constitute a public emergency of international concern and there was “no evidence” of the virus spreading between humans outside of China.

The WHO reported on January 13 a case in Thailand, the first outside of China, in a woman who had arrived from Wuhan.

On January 17, as a second death was reported in Wuhan, health authorities in the US announced that three airports would start screening passengers arriving from the city.

Authorities in the US, Nepal, France, Australia, Malaysia, Singapore, South Korea, Vietnam and Taiwan confirmed cases over the following days.

On January 7, officials announced they had identified a new virus, according to the WHO. The novel virus was named 2019-nCoV and was identified as belonging to the coronavirus family, which includes SARS and the common cold.

On January 11, China announced its first death from the virus, a 61-year-old man who had purchased goods from the seafood market. Treatment did not improve his symptoms after he was admitted to hospital and he died of heart failure on the evening of January 9.

On December 31 last year, China alerted the WHO to several cases of unusual pneumonia in Wuhan, a city of 11 million people. The virus was unknown.

Several of those infected worked at the city’s Huanan Seafood Wholesale Market, which was shut down on January 1. As health experts worked to identify the virus amid growing alarm, the number of infections exceeded 40.

On January 5, Chinese officials ruled out the possibility that this was a recurrence of the severe acute respiratory syndrome (SARS) virus – an illness that originated in China and killed more than 770 people worldwide in 2002-2003.

Domestic Violence And Its Effects