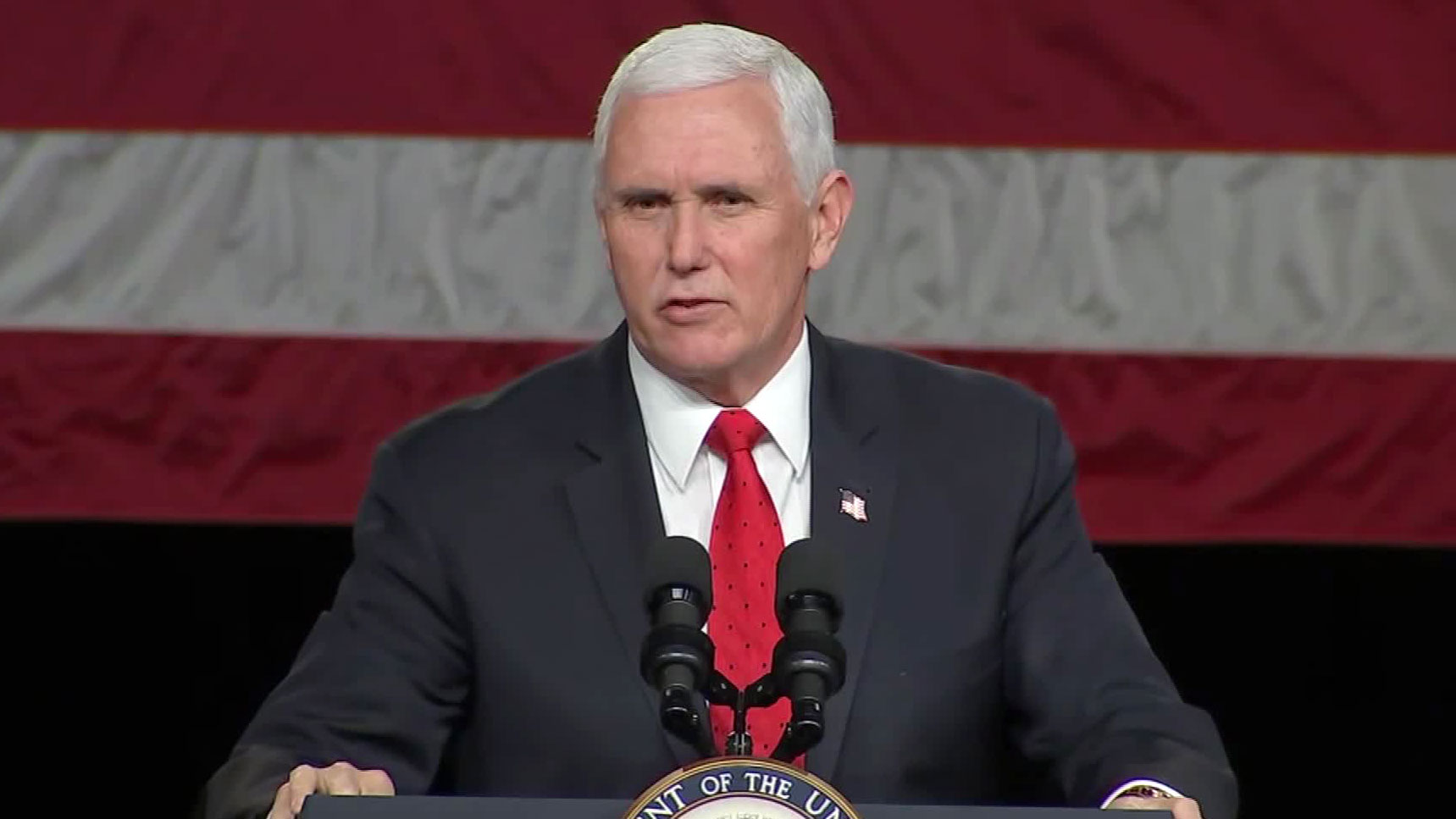 Though he did not address President Trump’s call pressuring the state’s secretary of state to change the state’s 2020 presidential results, Pence encouraged Georgians to vote to protect what he described as a “last line of defense,” speaking out against concerns about Georgia election integrity, and referencing Wednesday’s joint session of Congress certifying Electoral College results.

Pence warned that Perdue and Loeffler’s election was critical “because the Republican Senate majority could be the last line of defense to preserve all that we’ve done.”

He acknowledged his role in certifying electoral college results for President-elect Joe Biden Wednesday, reiterating “concerns” about voting irregularity, but sought to steer the focus back to the runoff race, saying, “I know we’ve all got our doubts about the last election. I want to assure you, I share the concerns of the millions of Americans about voting irregularity. I promise you, come this Wednesday, we’ll have our day in Congress, we’ll hear the objections, we’ll hear the evidence. But tomorrow is Georgia’s day,” going on to encourage the crowd to vote.

Pence also addressed concerns about voting irregularity in Georgia amid the President’s ongoing efforts to cast doubt on election integrity and propagate baseless claims of voter fraud, which local officials have described as counterproductive to the forthcoming election.

The vice president sought to instill confidence in the process: “I can tell you, our great Republican chairman of the state and senators will tell you, we literally have thousands of people all across this state that are watching this time. We’re on ‘em. We’re gonna secure the polls, we’re gonna secure the dropboxes, you get out and vote tomorrow and you vote for David Perdue and Kelly Loeffler, and be confident.”

White House says Juneteenth is a ‘meaningful day’ to Trump

Security on high alert in Washington, DC, and state capitols amid warnings of unrest

Gifts under $50 for the holidays

2020 Beazley Design of the Year awarded to “Teeter-Totter Wall”